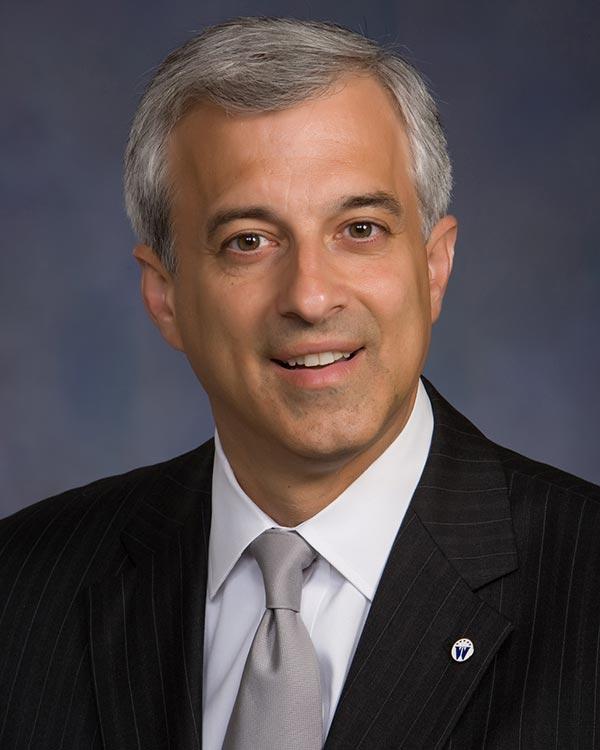 Dennis is responsible for ensuring that Washington Trust complies with federal and state laws as well as the guidelines set by the Bank's regulatory agencies. He also oversees the Bank's community affairs, security, purchasing and buildings and facilities departments.

Dennis has more than 25 years of experience in the banking industry, with extensive expertise in compliance practices and regulatory environments. Dennis also served 30 years in the Rhode Island Senate, where he held the position of Minority Leader for more than 25 years. In addition to his service on many Senate committees, Dennis also served as a member of President Bush's Advisory Committee on the Arts at the John F. Kennedy Center for the Performing Arts.

A life-long Westerly resident, Dennis is an active steward in many community and civic organizations. He is an active volunteer firefighter for the Westerly Fire Department, a member of the Westerly Lions Club, and an incorporator of the Memorial and Library Association of Westerly. He currently serves on the Board of Directors of the Watch Hill Conservancy as well as the United Theatre, where he previously served as co-chair of their Capital Campaign. He also serves on the President's Council at Providence College and on the Board of Trustees at Salve Regina University. Dennis is an active member of the RI Bankers Association and the American Banker’s Association, where he serves on the Government Relations Council and Compliance Administrative Committee. Dennis has held previous roles as a Board member of the Westerly Hospital and the Living Supply Closet. He is a former member of the Federal Reserve Board of Governor's Consumer Advisory Council and the American Bankers Association's Compliance Executive Committee, Money Laundering Task Force and Fraud Prevention Oversight Council. He also previously served as co-chair of the organization’s Compliance Conference Committee.